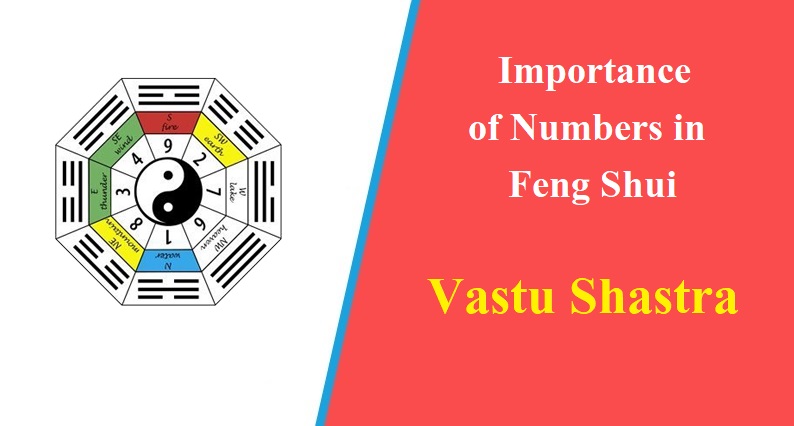 Importance of Numbers in Feng Shui

Thousands of years ago, Chinese astrology and numerology were also begun along with Chinese vastu shastra ‘Feng shui’. In the imprinted miraculous division (square) on the back of the giant (huge) tortoise appeared (come out/ come forth/ dawn) from the yellow river of china, numbers from 1 to 9 were printed. So, there is no any dissimilarity in between Chinese vastu shastra ‘Feng shui’ and numerology. Here, the importance of numbers are describing on the basis of numerology. One can find positive (auspicious) and negative (inauspicious) results through single digit obtained by adding his house numbers like- house no- 642= 6+4+2=12- 1+2=3.

In foreign (western) countries, auspicious and inauspicious results are estimated on the basis of single digit obtained by adding different numbers, but in eastern countries, these results are obtained through separate digit of any number. Yin and Yang are present in numbers. Even numbers are called Yin and odd numbers are known as Yang. Odd numbers are more affective than even one. However, it is very important to establish balance in both types of numbers. Thus, it does not matter that which type of house is, but odd and even numerals must be equal in house number, then only the house would be called as balanced.

Must Read: How to clear Vastu Dosha?

The sound of two or more words is same in homophone, but their meanings are changed. They also believe that if the sound of numbers are pleasant and sweet is hearing, it is beneficial. This is the reason why numeral ‘8’ is considered as positive while numeral ‘4’ is considered as negative. In fact, numeral ‘4’ is related to positive subjects like- education, sex, romance, love, etc.

Homophone is used when house number has more than one digit (numerals). The people believing numeral ‘4’ as inauspicious can make changing in their luck by adding few words in it like ‘E’ or ‘B’. In fact, few numbers are very lucky. For illustration- once upon a time, when transport department (Department of Transportation or DoT) of Hong Kong had auction of number plates, the plates having numeral ‘8’ were sold the most which is a record till now according Genies book of world record.

When numerological and homophonic meanings are studied, there is no any particular difference found. It is also remarkable facts that all the numerals from 1 to 9 are related to colors, elements and directions as well as represent them too if needed.

Elements, colors and directions of numbers

Note– Well, there is no any particular importance of numbers in feng shui, but a house is sold out easily or not, here numbers have their own importance.

Must Read other Articles of Feng Shui